TUSKEGEE, Ala. (WSFA) - There is a major project underway at Exit 38 off of Interstate 85. It’s considered a gateway to the city of Tuskegee.

The project represents around a $20 million investment. Businesses are opening, under construction and on the books for the future.

On Wednesday, there was a ribbon cutting for a new Popeyes restaurant. Across the street a $7 million travel center is under construction.

The travel center will offer several eateries, fuel and the only electric vehicle charging station on that stretch of I-85. The restaurants include Huddle House and Little Caesars.

These two projects will bring in over 125 jobs. It represents a community-wide commitment to economic development.

“Literally in some people’s lifetime they have not seen commerce take place here. We’re at a point now where we have close to $20 million in projects either done, coming out of the ground or in the planning stages," said Macon County Economic Development Authority Director Joe Turnham.

A chicken place and a travel center may not seem like a big deal for a community, but it is.

“This will ad about 20 percent to the coffers of Tuskegee alone. Then you add the school system, the county government, and the economic development authority, this is a huge deal," Turnham said.

For businessman and Tuskegee native Jeff Potter this is personal. He has a history on this spot that has sat dormant for decades.

“Somewhere between [when I was] 8 to 9 years old, my father worked third shift. This was a Chevron site," Potter said. “Only God could take a young man and 50 something years later put you in place to be doing a $7 million project where there was a little kid - I used to be happy every night to come with my father to work.”

“It just shows that a person’s destiny is set long before he gets to where’s he’s going," Potter said.

TUSKEGEE, AL. There's a new farm in town, and it's growing organic. 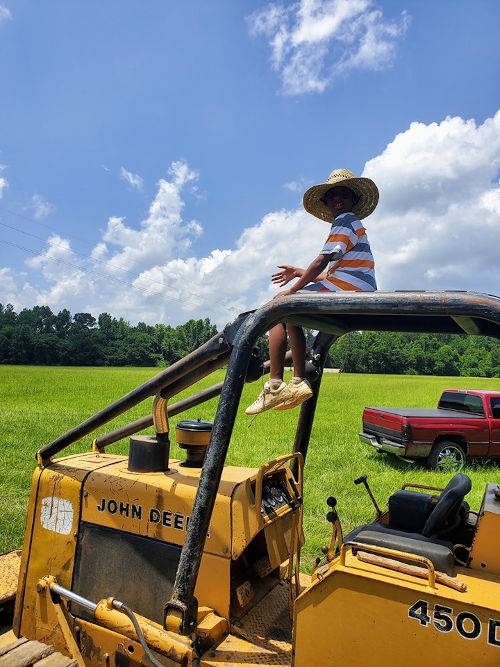 Nathan Wells, one of the founders of Lifetime Natural Organic Farms, is a California transplant who's taken with the history and possibilities of Macon County. He has a great respect for the history and accomplishments of George Washington Carver and wanted to honor that. "We came here because we felt that Tuskegee and the history here, with George Washington Carver--that we could be a part of that history and provide another avenue for Tuskegee and their community to have something to be proud of," he said. 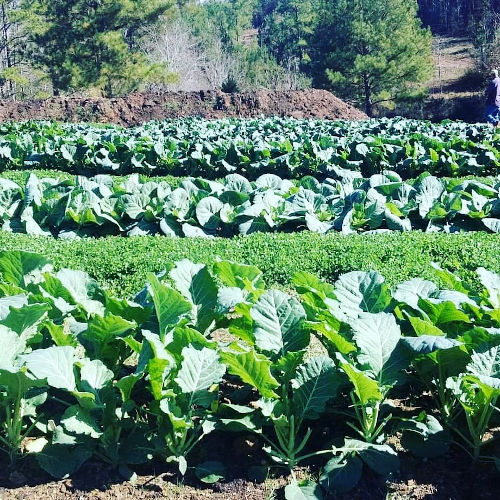 The farm uses bio-intensive farming, which is an approach that priorities maximum yields from smaller areas. It also involves monitoring and promoting biodiversity and sustaining the soil's fertility in a natural way. An organic farm like this has been Well's long-time plan. "This is my baby," he said of the farm. "This is my vision, this is my dream, and this is my ministry."

The Macon County Economic Development Association (MCEDA) has also been involved in helping the farm find its footing and grow roots. The Board helped the farm establish itself on MCEDA property, and is hoping to see it grow. Joe Turnham, director, said, "We've always wanted to have an agricultural component to economic developing, and we think it's a great slice of that here." He's also looking forward to seeing the farm's impact on the community. "In addition to environmental practices," he continued, "we're hopeful that a full-scale commercial farm will be like a new industry to Macon county, employing maybe several hundred people and generating a lot of local tax revenue." 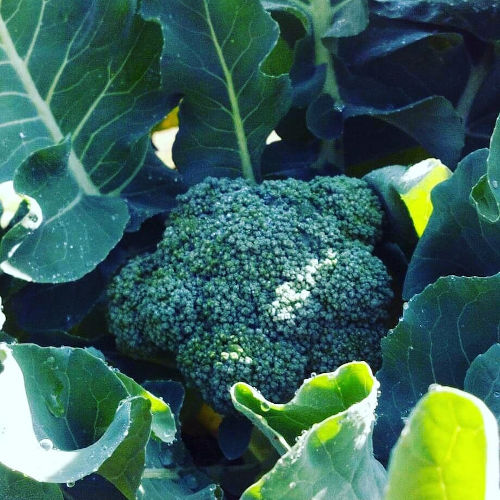 Lifetime Natural Organic Farms currently sells its organic produce to premium grocery stores and natural food stores like Whole Foods and Publix, as well as some restaurant chains. To find out more about this exciting new farm, visit their website or find them on Facebook.

SHORTER, Ala. (WSFA) - Travelers between Montgomery and Auburn now have new places to stop and dine along I-85 in Macon County.

Officials held a ribbon-cutting ceremony in Shorter on Wednesday to celebrate the opening of a Burger King and a Popeye’s just off the interstate.

There are five exits off I-85 in Macon County, and Director of the Macon County Economic Development Authority Joe Turnham says the county wants to monetize and develop those exits.

“The same traffic going by EastChase, TigerTown in Opelika, comes through Macon County,” Turnham said. “We have to get in the game in economic development and this is one of the ways we’re doing it.”

This development off Exit 22 is a partnership between the town of Shorter and the franchise owners, Premier Kings of Montgomery, which owns both restaurants.

According to Turnham, the $4 million investment will create around 100 new jobs in the Shorter area.

The project is a culmination of efforts and a lot of planning, including the addition of a sewer system at the exit long before the businesses started opening.

“You have to plan for it. In other words, the town years ago invested in sewer here. If we didn’t have a sewer at this exit, we wouldn’t be having any of this business here," Turnham added.

Dozens of people turned out for the ceremony, including a representative from Sen. Doug Jones’ office.

The restaurants should be open by Thursday.

The anchor project for the rebirth of Exit 38 in Tuskegee - the $7.2 million Tuskegee Travel Center - has cleared the last bar to begin construction.

Developer Jeffery and Andrea Potter and Skegee Travel Center, LLC are officially ready to begin construction on May 15. Completion of the travel center is projected to be March of 2020.

Click here or the image below to view the full Tuskegee News article. 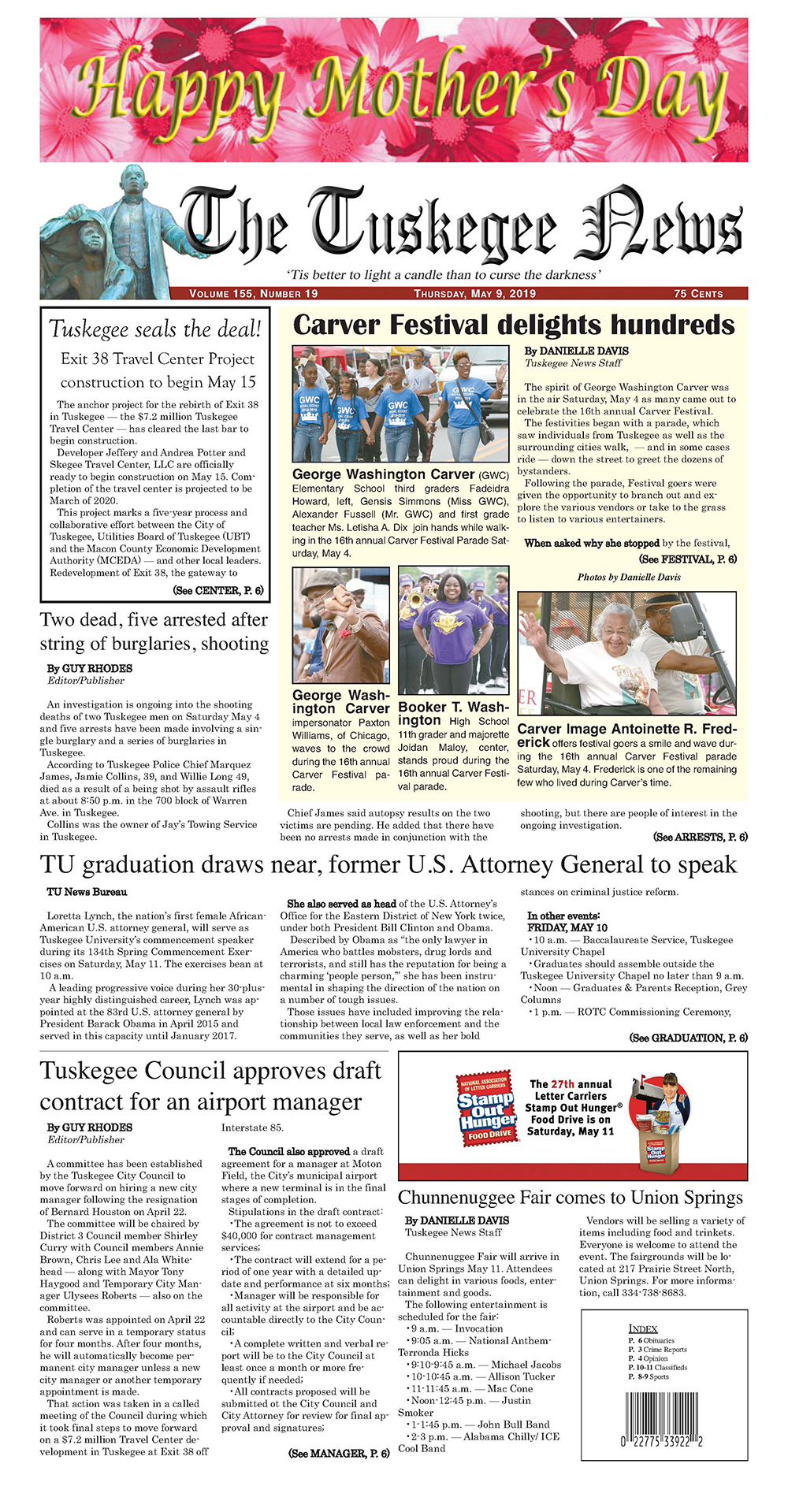 Advocates trying to land a major U.S. Air Force contract in Macon County should know in a matter of weeks whether it's coming.

Moton Field, home of the famed Tuskegee Airmen, is one of the sites in contention for an assembly plant for the next Air Force jet fighter trainer.

Leonardo DRS, an affiliate of an Italian company that builds jet fighter trainers for several of America's allies, is one of the bidders for the project and chose Macon County as the plant site if it wins the contract.

Joe Turnham, director of the Macon County Economic Development Authority, said Leonardo DRS and the other bidders have submitted all their information to the decision-makers at the Department of Defense and the Air Force.

"Our friends at Leonardo DRS and our counterparts at the state, everyone feels like there could be a decision anywhere from around Labor Day forward, but certainly within the next several weeks," Turnham said.

Capt. Hope R. Cronin, a public affairs officer for Secretary of the Air Force Heather Wilson, said she could not comment on the project except to say that an announcement is expected before the end of the fiscal year, which is Sept. 30.

Officials first announced last year that Leonardo DRS was bidding for the contract and that the company had chosen Moton Field as its site.

Alabama Secretary of Commerce Greg Canfield said today that Leonardo DRS remains very much in contention for the project.

The winner is expected to build at least 350 jet fighter trainers to replace the Northrop T-38 Talon, which the Air Force has used for decades.

Leonardo DRS has proposed building a new version of a jet fighter trainer it already supplies for Italy, Israel, Poland and Singapore. The company has dubbed the American version the T-100.

The project would bring 750 direct jobs to Macon County plus many more spinoff jobs to the area, Turnham said. Investment would be in the billions and would pump new economic life into the area and along the Interstate 85 corridor, Turnham said.

"This could be the accelerator that we need to do a lot of different things," Turnham said.